What Is Kombucha Tea?

Kombucha tea is a refreshing beverage obtained by the fermentation of sweetened tea with a symbiotic association of acetic acid, bacteria, and specific yeast cultures. Originated from northeast China centuries back, this miraculous fungus has been valued for its unique, refreshing taste and impressive range of medicinal benefits. It is famously known as the ‘Immortal Health Elixir’ in ancient Chinese literature.

While sometimes referred as kombucha mushroom, there is no mushroom associated with kombucha. The live yeast present in the kombucha beverage provides it an active life which carries on even after transferring it into the storage containers. The kombucha culture includes Candida stellata, Zygosaccharomyces baili, Brettanomyces bruxellensis, Saccharomyces cerevisiae, Torulaspora delbrueckii, and Schizosaccharomyces pombe yeasts. It has various flavors depending on the choice of black or green tea and tastes somewhere in the middle of apple cider and champagne. After being a significant part of Chinese folk medicine, kombucha’s word eventually reached Russia, Germany, and Europe and recently it has been gaining a lot of popularity around the globe attributing to its amazing therapeutic qualities. 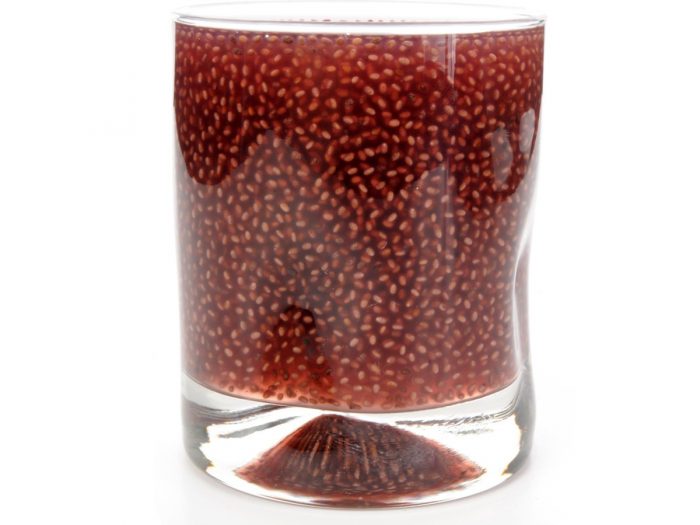 Kombucha enfolds a range of yeast and bacterial species with polyphenols, amino acids, and organic acids. Post the completion of required fermentation process, kombucha drink develops into a nutritional powerhouse with the richness of various minerals, numerous beneficial enzymes, a range of vitamins such as vitamins B1 (thiamine), B2 (riboflavin), B3 (niacin), B6, B9 (folic acid), B12, C, and many healthful chemical constituents such as gluconic acid, oxalic acid, acetic acid, glucuronic acid, usnic acid, fructose, and lactic acid.

Kombucha possesses antibiotic properties i.e. bacteriocidal and bacteriostatic which works against a range of pathogens and is used for therapeutic purposes in human as well as veterinary treatments.

Kombucha possesses a remarkable ability to detoxify the body. It contains a powerful detoxifier glucuronic acid which binds the toxins by entering the liver and eliminates them out of the body via kidneys. This helps in reducing the burden on the pancreas and keeps the liver healthy. Furthermore, it prevents the harmful effects of pollution caused by the petroleum products along with plastics, pesticides, resins, and heavy metals.

Kombucha contains profuse amounts of organic acids like glucuronic acid and powerful antioxidants which help in shielding the body from oxidative damage. The antioxidants present in it look out for the oxygen free radicals and neutralize their effects thereby, repairing and protecting the body from diseases and inflammations.

Another healing action exerted by kombucha is its hepatic-protective effects. A research study conducted on kombucha has shown that its tea helps in restoring the levels of glutathione and is remarkably effectual in reducing the induced hepatotoxicity. A comparative study conducted on black tea, kombucha tea, and enzyme-processed black tea has proven the efficacy and superiority of kombucha tea in providing hepatic protection against the toxicity attributing to its antioxidant power as compared to the latter.

Kombucha works wonderfully in restraining the growth of cancer. Studies have shown that glucaric acid present in it is quite effective in the prevention of various types of cancer including pancreatic and breast cancer. As stated earlier, the detoxification qualities of the kombucha drink also contribute profitably to the prevention and treatment of different cancers.

Kombucha tea has anti-microbial properties which may prove effective against a variety of pathogens. An investigative research has revealed that apart from acetic acid, it contains other anti-microbial components which even at neutral values of pH provide protection against a range of microorganisms including Staphylococcus aureaus, Staphylococcus epidermis, Escherichia Coli, Salmonella enteriditis, Pseudomonas aeruginosa, Listeria monocytogens, and Helicobacter pylori.

Kombucha is valued for its effectiveness in curing diabetes. It is a natural therapeutic agent which helps in suppressing the factors implicated in diabetic conditions. A comparative study involving black tea and kombucha has revealed that kombucha has better inhibiting properties as compared to black tea and aids in a superior deterrence of the elevated blood glucose levels. The study has also suggested that kombucha tea exerts healing action on the pancreas of the diabetic individuals and helps in guarding their liver and kidney functions by reducing the concentration of urea and other unfavorable activities occurring in the plasma membrane.

Kombucha contains glucosamines which are beneficial in the prevention and treatment of all types of arthritis. Glucosamine present in it stimulates the production of hyaluronic acid which helps in the maintenance of cartilage structure and provides relief from the pain associated with arthritis. Hyaluronic acid aids in reducing the free radical damage, lubrication, and elasticity of the joints by empowering the connective tissue to bind the moisture.

Another superb benefit offered by kombucha tea is the maintenance of healthy levels of cholesterol. Research studies have provided qualitative evidence regarding the anti-lipidemic properties of kombucha which help in reducing the absorption of LDL cholesterol (bad cholesterol) and triglycerides, and elevating the levels of HDL (good) cholesterol in the body.

Kombucha provides relief from discomfort caused by gastric ulcerations. Studies conducted in this field have revealed that antioxidants and phenols present in its tea help in protecting the mucin content in the gastric tissues and decrease the secretion of excess gastric acids. The same study also suggested that the efficacy of kombucha tea in healing gastric ulcers is at par with the commercially available drug, omeprazole.

Kombucha helps in maintaining cellular health which is vital for the healthy functioning of the body. A study performed on its tea has shown the protective effects against induced cytotoxicity and demonstrated positive results with respect to the factors implicated in the reduction of cellular toxins.

Kombucha promotes healthy digestion. Attributing to the process of fermentation with a live colony of bacteria and yeast, it works as a probiotic by helping in sustaining the gut health and provides relief from various abdominal disorders including chronic constipation and diarrhea symptoms. The digestive enzymes present in it enhance the effects of glucuronic acid and aid in the breakdown of proteins and saccharides thereby, making the digestive system more efficient.

Kombucha is rich in numerous antioxidants that strengthen the immune defense and boost the energy levels of the body. The anti-inflammatory and anti-microbial properties of kombucha help in fighting various bacterial and viral infections. A study conducted on kombucha tea has validated the fact that intake of this drink may help in boosting the immune system.

Apart from a plethora of health benefits mentioned above, kombucha culture can also be utilized to manufactureartificial leather.

How To Prepare Kombucha Tea?

Kombucha tea is prepared by mixing the colony of bacteria and yeast into sugar and tea, which is followed by fermentation in suitable and sterile conditions. The resultant fluid is a healthy beverage containing a wealth of vitamins, vinegar, and many powerful components.

Side Effects Of Kombucha Tea

Although kombucha has been valued as a phenomenal healer, it can also cause allergic reactions including upset stomach and inflammations. Brewing of kombucha tea under non-sterile conditions can cause its contamination and spoilage which can be extremely harmful.

Ceramic pots for brewing: Usage of ceramic pots during the brewing process of the kombucha tea can raise the risk of lead poisoning. Kombucha tea, while brewing has the potential to elute lead from the glaze coating used in the ceramic pots making it unfit for consumption.

Gastrointestinal toxicity: Another side effect of Kombucha tea is gastrointestinal discomfort, which can cause the onset of symptoms including nausea, vomiting, jaundice, and headaches.

Lactic acidosis: Consumption of kombucha tea can result in lactic acidosis in some individuals which can further lead to severe circumstances.

In case of any adverse symptoms or medical emergency, it is worthwhile to seek immediate medical attention to avoid any grave condition.

Finally, kombucha drink has a revitalizing effect which helps to retain the natural color of the hair, keep the skin firm and improve the feeling of overall health and vigor. Kombucha is an effective wound healer, helps in reducing the anxiety and stress levels in the body and keeps the mind energized. Prior to considering kombucha for therapeutic usage, it is always advisable to consult a medical professional to better understand its effects.